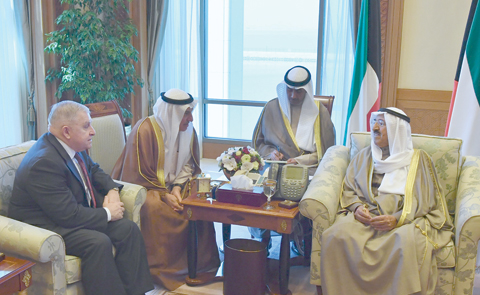 Graduation ceremony
Under the patronage and attendance of His Highness the Amir, Kuwait University (KU) is set to hold its annual graduation ceremony for graduate and postgraduate students for the academic year 2016-2017 on March 5. The ceremony takes place at Sheikh Abdullah Al-Jaber Al-Sabah Theater at Shuwaikh Campus, the Amiri Diwan said in a press statement.