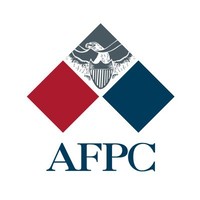 Earlier this spring, an invitation-only briefing on Capitol Hill gave congressional attendees a disturbing glimpse into a high-tech research race that is spawning dangerous new weapons, delivery systems, and supporting technologies. It is a contest where China is forging ahead, shrugging off suggestions of restraint.

China’s development of hypersonic glide vehicles seems deliberately targeted at upending the tenuous strategic stability that has been in place since the end of the Cold War. Yet this latest arms race still has a “Dr. Strangelove” quality to it; outside the strategic community and select think tanks, few acknowledge the risk that is posed by these new weapons systems, which upend the traditional calculus regarding defending against missile attacks from hostile powers.

What’s going on? Last year, I helped co-author a report about China’s advanced weapons research for the congressional U.S.-China Economic and Security Review Commission. Among the five R&D areas we identified, none is more destabilizing than China’s counter-space programs. The glide vehicles developed by these programs possess aerodynamics and supporting technology which enable warheads to move around unpredictably following their atmospheric re-entry, making them maneuverable right up to detonation above or on target.

This maneuverability confounds interceptor missiles fired against them — interceptors that would be effective against projectiles with more predictable ballistic trajectories. Though not impossible to intercept, the glide vehicles being developed by China now require us to augment five decades of ballistic interception science. The reason why concern is rising is this: Glide vehicles enable those who possess them to contemplate and/or plan for a no-warning first strike, confident that most of their warheads will reach their intended target. Once again, a surprise attack seems plausible.

An ordinary YouTube search for hypersonic glide vehicles yields test footage of the firing of the Xing Kong (Starry Sky-2) and Dong Feng 17 missiles, which the accompanying narrative cheerfully describes as a “leveler” of the strategic stability imposed by the U.S. Both these missile systems have the primary purpose of neutralizing both fixed and transient maritime positioning of U.S. weapons systems.

A recent Defense Intelligence Agency (DIA) report makes the point that new technologies may embolden Beijing to adopt a riskier stance vis-à-vis Taiwan. In a statement to Pentagon reporters, a senior defense official confirmed that the Chinese “are getting to a point where the PLA leadership may actually tell Xi Jinping that they are confident in their capabilities…”

“The biggest concern,” the DIA continues, “is that as a lot of these technologies mature, as their reorganization of their military comes into effect, as they become more proficient with these capabilities, our concern is that we’ll reach a point where internally, within their decision-making, they will decide that using military force for a regional conflict is something that is more imminent.”

In addition to fresh confidence in their offensive capability, including hypersonic weapon advances, the Chinese security establishment evidently feels new self-assurance as a result of improved defensive measures for China’s strategic weaponry. Defense journals, both in and outside China, have described the Chinese military opting to develop an “Underground Steel Great Wall” to shield their missiles in enormous caverns from a first strike (presumably by the U.S., using its own hypersonic weapons).

How much of this reflects an established reality and how much is propaganda touting unbounded technical success is still unclear. But when Chinese news agencies and media outlets linked closely to the Communist Party of China talk in the public domain about mounting “decapitation strikes” on an adversary’s command-and-control centers, or targeting a THAAD radar facility or aircraft carrier, it must command our attention.

Dr. Larry Wortzel, a colleague at the American Foreign Policy Council, spoke at the Capitol Hill briefing about the various motivations behind China’s developing hypersonic missiles. Beijing has aimed in the past “to develop a suite of ballistic missiles that would hold our bases and potential bases at risk,” he said, noting also that the U.S. has deployed in response “some pretty effective ballistic missile defenses,” such as the Patriot system in Korea or Aegis in Japan.

China now fears “it can’t strike the places it needs to strike if the U.S. intervenes against a aggressive move against Taiwan or Japan,“ Wortzel says. “So they’ve developed a maneuvering re-entry vehicle for their missiles… they need these hypersonic glide vehicles… and quite frankly they are ahead of the U.S. in the development of these.”

So where does this leave us? Unfortunately, China’s (and Russia’s) offensive hypersonic weapon systems have outpaced our ability to defend against them. While there is hope that a U.S. missile defense interceptor could catch a hypersonic vehicle, it must first manage to target it. Therein lies the problem.

As Dr. Tom Karako, a missile defense expert at the Center for Strategic & International Studies, noted at the same briefing, the number one unfunded priority in the 2020 defense budget is space sensors. Karako says finding and tracking hypersonic weapons can be done using “sensors with multiple orbits looking wide, looking narrow, waiting for these things to fly underneath you from a very low orbit, but also detecting them above.”

The briefing justifiably left attendees in a somber mood. Unless the U.S. moves to fill the capability gap by launching a layer of space-based sensors, we may be shooting blindly, leaving ourselves vulnerable to hypersonic weapon attack. And being unable to track hypersonic weapons will probably give Beijing even more motivation to move against us decisively in the future conflict we hope never to see.

Want a good way to ensure that doesn’t happen? Give the U.S. military a decent chance to defend and counter hypersonic weapons.