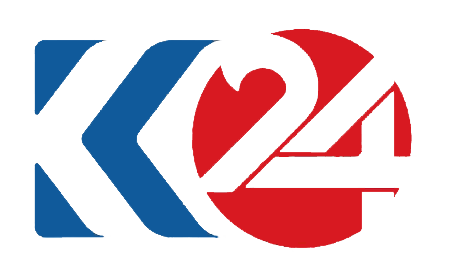 John Hannah: US and the Kurdistan Region need to work together closely 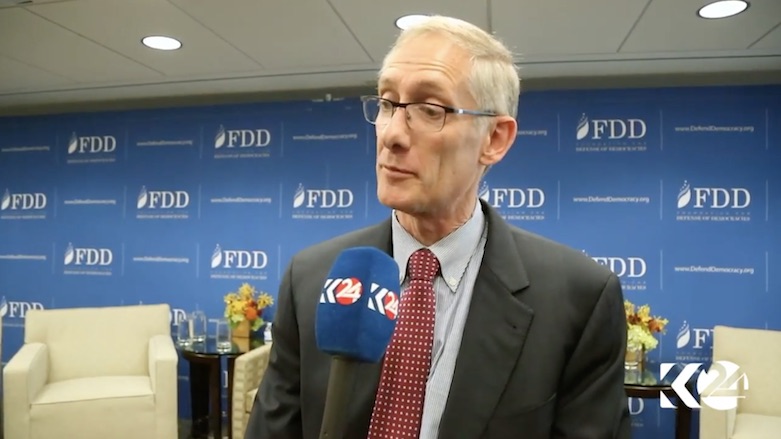 John Hannah, senior counselor at the Foundation for the Defense of Democracies (FDD) in an interview with Kurdistan 24. (Photo: Kurdistan 24)

Washington DC, United States (Kurdistan24) – John Hannah served as national security advisor to Vice President Dick Cheney, and he is now a senior counselor at the Foundation for the Defense of Democracies.

Hannah spoke recently to Kurdistan24 and explained, “The Kurds have been one of our most valuable partners on the ground” in fighting the “war against Islamic radicalism and holding the line against Iranian expansionism.”

Hannah strongly believes that the Kurdistan Region is entitled to hold a referendum on independence.

“The referendum is extremely important for the Kurdish people, and it is their right to express themselves and decide what they want their future to be,” Hannah said.

However, he is concerned that regional powers—Turkey, Iraq, and particularly Iran—will make problems for the Kurdistan Region.

“It’s critical that the United States and Kurdistan work very closely together,” he said, “along with other western partners to send a very strong message:” namely, that interference in the affairs of the Kurdish Region will not be tolerated.

“So long as the Kurds are simply conducting a peaceful referendum, no one has any right to attack or create conflict inside of Kurdistan,” Hannah affirmed.

He acknowledged the differences between Washington and Erbil over the referendum, but, nonetheless, he explained that the US and the Kurdistan Region need “to plan for the worst-case scenarios,” even while hoping they do not materialize.

“The United States does have an important role in sending a message to all of Kurdistan’s neighbors – that even if we don’t think the idea of a referendum at this time is a great idea, it is not an excuse for anybody interfering in the affairs of Kurdistan.”

Hannah sees Iran as “the number one problem” for the US in the region, once the Islamic State (IS) is defeated.

“I think there’s no question that after IS is defeated, Tehran will want the United States to leave Iraq, and probably to leave the Kurdistan Region, as well,” he said.

It is not clear precisely what Iran will do, but one obvious possibility is the use of proxies—including those Popular Mobilization Forces (PMF) most closely aligned with Tehran—to attack US targets.

Indeed, that is just what Iran did before 2012, and local commanders who were involved in attacking US troops then, are now major figures in the PMF.

They include Qais al-Khazali, who spent several years in US detention at Camp Cropper.

Khazali is now “one of the most feared and respected militia leaders in Iraq and one of Iran’s most important representatives in the country,” or so Reuters described him.

Jamal Jafaar Ibrahimi, who uses the nom de guerre, Abu Mahdi al Muhandis, is another significant PMF leader. Like Khazali, he was supported by Iran, as his group attacked US forces in Iraq before 2012.

But Ibrahimi’s terrorist activities go back much further—to the 1980s when he was involved in bombing the US and French embassies in Kuwait, for which he was sentenced to death in absentia by a Kuwaiti court.

The Lieutenant Commander of Iran’s Islamic Revolution Guards Corps (IRGC) now claims that his country has succeeded in marginalizing the US in the Middle East.

On Saturday, he publicly boasted, “Today, the balance of power has changed in favor of our revolution and establishment,“ according to Iran’s Tasnim News Agency, which is close to the IRGC.

The Israelis are very concerned about Iran’s growing influence. As Prime Minister Benjamin Netanyahu put it recently, “(IS) going out, Iran coming in,” and they have repeatedly voiced their concerns to the US.

With the US facing such challenges in the region, Hannah concluded his remarks with a call for continuing cooperation between the US and the Kurdistan Region, even after IS’ defeat.

“Whether Kurdistan leaves or stays in Iraq,” he said, “whether it becomes independent” or not, “the United States and Kurdistan must continue to develop their strategic military, political, and economic relationship.”

“It is very much in both of our interests and the interests of the security of the Kurdish people.”