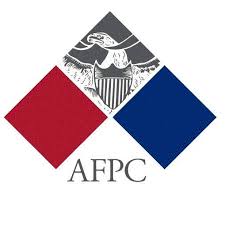 Two grim words — ‘hollowed out’ — routinely surface when we speak about America’s once formidable industrial and manufacturing prowess. Once inextricable to growth and progress, our industrial primacy was already slipping when a shortsighted notion took root back in the 1980s and then spread like crabgrass.

It went like this: It doesn’t really matter if we are not actually making anything anymore. “Computer chips, potato chips: what’s the difference so long as they’re monetized?’”

The “financialization” of everything proceeded apace in the 1990s, accompanied by a facile belief that globalized trade would impartially confer comparative advantages to all. Because of economies of scale, the winners at the very least would outnumber the losers. In some models, there would be no losers at all.

Two or three decades into this mindset, the damage of what we could call this laissez expirer attitude helped propel the current administration to power in 2016. Yet hand-wringing still stymies concerted action to right the ship, especially in a vital part of the country’s capacity — defense manufacturing and broader trends in defense industrial enterprise.

The pace of recent domestic news plus midterm elections have pushed less pressing news aside. It’s no wonder therefore that a ponderously titled Defense Department report (“Assessing and Strengthening the Manufacturing and Defense Industrial Base and Supply Chain Resiliency of the United States”) failed to make the summer blockbuster reading list, let alone Page One.

But if you care about maintaining our defense superiority — and you should — a passing familiarity with the report’s contents will equip you with worrisome facts.

Let’s be clear: This isn’t bathtub reading. The dense report packs in a lot, including sector-by-sector risk analyses and various agency-specific must-do’s for reducing defense supply chain risk. In just one section on the “Materials Sector,” the Defense report sees enormous and growing vulnerability to sole suppliers, domestic and foreign.

Here’s the ‘BLUF’ — Pentagonese for “bottom line up front.” Put bluntly, U.S. military manufacturing and the military materials supply chain have succumbed to a crippling dependence on overseas imports. There’s also too much acquiescence in supply chain choke points. Entire critical industries either have disappeared or are hanging on by a thread.

As is often the case, the challenges faced by our defense industrial base and supply chain can largely be traced back to successive missteps and omissions. For example, Washington gridlock routinely produces unpredictable federal budgeting. Lacking reliable payments means perilous uncertainty for defense suppliers.

That’s just one example. Overall, the erosion of industrial capability and capacity has led to a ceding of place to foreign competitors, a slow-motion decline of domestic strength mirroring the wider phenomenon of offshoring manufacturing.

Within the defense industrial subsector of our overall manufacturing base, foreign competition has not elicited a domestic response sufficient to halt the erosion of U.S. industrial capacity. While too often a one-size-fits-all excuse for failure, a combination of mercantilist trade practices, dumping, and intellectual property theft (overwhelmingly from China) has eroded our industrial primacy. Yet it has all happened under our noses, with our “eyes wide shut.”

Buttressed by mountains of state bank investment cash, Beijing’s state planners have positioned a range of industries at the core of China’s strategic ambition. Largely unencumbered by market undulations, the favored Chinese companies have full backing from their government — extra financial leeway for undercutting rivals, and for capturing full or near- monopolies.
This thrust reaches into a large swath of the global economy. From dumping excess capacity steel production, to monopoly mining, and to lithium-ion battery manufacturing, China has seized and won formidable market share. It continues to make further investments to hold that position.

The erosion of our mining sector makes the point with vengeance. Once as robust as our manufacturing, the impediments to U.S. domestic mining offers a prime example of what the Defense report now deems unacceptable. The tech-driven economy seems quintessentially and primarily American in origin and impact, but its dependence on esoteric minerals and metals from all corners of the Periodic Table has become glaring. Rare earth mineral imports by the United States have soared in recent years — with customers forced to deal with Chinese production and export monopolies.

This import reliance makes a sharp contrast to America’s resource position, which remains bountiful. Our country has a mineral-rich profile, and large reserves. Yet our share of global mining investment and production has been declining for more than a decade. Despite domestic availability of needed minerals and metals, we have become 100 percent import dependent for 21 vital minerals, and 50 percent or more import dependent for an additional 29.

Rare earth minerals remain essential to specialized military hardware. These often esoteric minerals enable the development of other advanced technologies. Up to the 1990s, the United States had been the world’s largest rare earth producer, and its largest processor. That wasn’t so long ago — yet not a single American producer remains in business today. Not one.

What’s that if not a “hollowing out?” Meanwhile, the country that the Trump administration identifies as a core national security competitor — China — holds a near-monopoly on producing those minerals. To describe a critical vulnerability is one thing. To suggest an easy reversal of that dependency is quite another. No panacea can roll back the weaknesses of our overall industrial position, and of our military industrial base. As a country, we remain suspicious of top-down “industrial policy,” seeing it as snuffing out enterprise, not saving it. But we cannot doubt the impact of someone’s industrial policy — China’s industrial policy, that is.

Within our market economy, there must surely be ways to think out a strategic industrial rescue effort, mapping American vulnerabilities and then crafting a multi-faceted approach to resuscitate industries and key suppliers now being pushed to the brink. This doesn’t mean pampering domestic sole suppliers but, rather, a renewed commitment to improving American competitiveness.

Action can’t come soon enough. For the first time since the fall of the Soviet Union, we find ourselves facing renewed great power competition. Ensuring we are up to the challenge means rebuilding our military industrial base. We have awoken to the vulnerabilities decades of neglect have imposed, addressing them must start with undoing our self-imposed barriers to competitiveness.

James Clad, a former deputy assistant Secretary of Defense, is currently the Director of Asian Security Programs at the American Foreign Policy Council in Washington, DC .