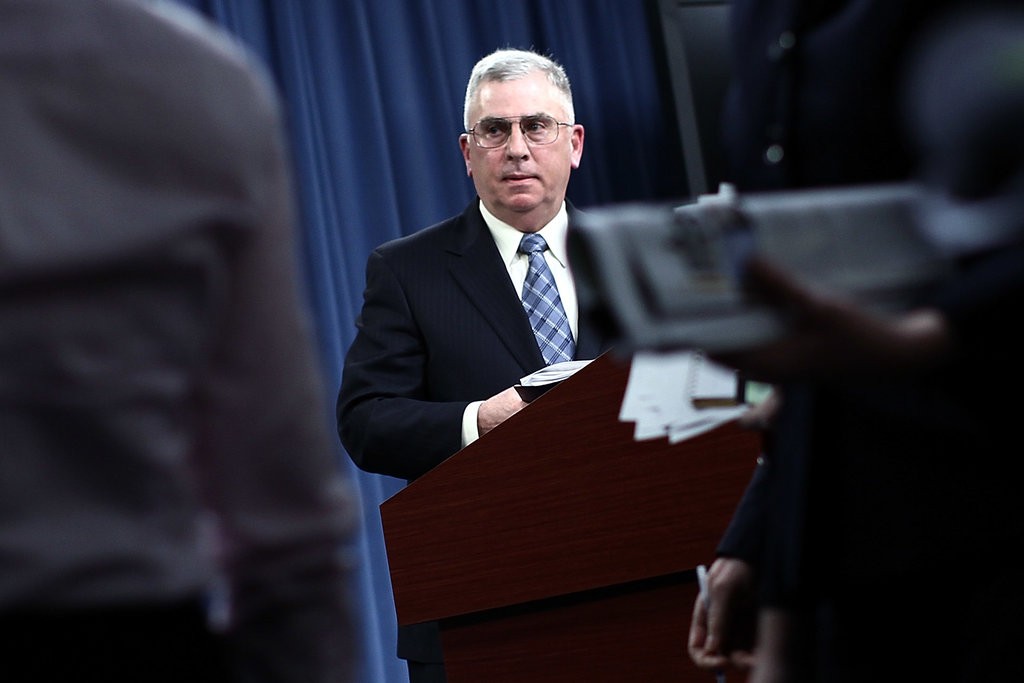 WASHINGTON — President Trump announced on Tuesday that he will nominate Gen. John P. Abizaid, a retired commander of forces in the Middle East, as his new ambassador to Saudi Arabia, a position that has taken on new sensitivity with the assassination of a Saudi journalist.

The selection, if confirmed by the Senate, will finally give the president a representative of his own in Riyadh at a time when the relationship with Washington has grown strained over the brutal killing of Jamal Khashoggi, the journalist who lived in the United States and wrote for The Washington Post.

General Abizaid, a Lebanese-American who speaks fluent Arabic and spent years in the Middle East, served as head of the United States Central Command with responsibility for the region and oversaw the early years of the Iraq war under President George W. Bush. Since 2016, he has served as special envoy to the Ukrainian military helping bolster its capacity against Russian aggression.

The nomination comes six weeks after Mr. Khashoggi was killed while visiting the Saudi Consulate in Istanbul on Oct. 2 to obtain paperwork needed for his coming wedding. A team of Saudi agents flew to Istanbul and killed him minutes after his arrival, then dismembered his body, according to Turkish officials.

After initially denying it, Saudi officials have acknowledged that Mr. Khashoggi was killed in the consulate and that it was premeditated, but have continued to deny that Crown Prince Mohammed bin Salman, often known by his initials, M.B.S., knew in advance or had any involvement in the operation. A recording shared by Turkish officials with the C.I.A. captured a member of the kill team instructing a superior over the phone to “tell your boss” that the operation had been carried out.

The lack of an ambassador in either Saudi Arabia and Turkey has been a point of contention since Mr. Khashoggi’s death, underscoring that many important diplomatic posts remain unfilled nearly two years into Mr. Trump’s administration, some because no one has been nominated and others because the Senate has not acted.

Mr. Trump has promised “severe punishment” if it were demonstrated that the Saudis were behind the killing, but he has resisted curbing arms sales as lawmakers in both parties have urged. His Middle East strategy to confront Iran and force Palestinians to make peace with Israel has relied largely on Saudi Arabia, a relationship cultivated by Jared Kushner, his son-in-law and senior adviser, with Prince Mohammed.

General Abizaid, 67, graduated from West Point, where his 1973 yearbook described him as “an Arabian Vince Lombardi” in that he “just couldn’t accept second place.” He spent 34 years in the Army, rising from infantry platoon leader to a celebrated four-star general. As a company commander in Grenada in 1983, he used a bulldozer to advance on a Cuban bunker, a moment later recreated in the Clint Eastwood movie “Heartbreak Ridge.”

As deputy head and then commander of the United States Central Command, he oversaw the early years of the Iraq war, including the quick defeat of the Baghdad government and the capture of Saddam Hussein. His deep understanding of the Middle East made him “our version of Lawrence of Arabia,” as John P. Hannah, Vice President Dick Cheney’s national security adviser, once described him. He coined the phrase “long war” to describe the nation’s struggle with terrorists to make clear to Americans that it would not be a quick battle.

But a Sunni insurgency grew on his watch, turning the war into a bloody quagmire. General Abizaid favored a strategy of turning over the war to Iraqi forces as early as possible and resisted sending more American troops when Mr. Bush opted to dispatch a “surge” of reinforcements in 2007 that helped turn around the war, at least for a time. As the surge began, General Abizaid retired, having served as head of Central Command longer than any of his predecessors.

General Abizaid remains highly regarded by both military and diplomatic veterans. Three people familiar with the selection said it had been in the works for months and one of the people said General Abizaid turned down the job twice before relenting.

“Excellent choice with experience in the kingdom, but he faces an unprecedented challenge dealing with a crown prince whose reputation is in tatters, probably irredeemably,” said Bruce O. Riedel, a scholar at the Brookings Institution and former C.I.A. officer who wrote a recent book on Saudi Arabia and American presidents.

“He has deep knowledge of the area, thinks strategically and should be good,” said Ronald E. Neumann, a former ambassador to Afghanistan and the president of the American Academy of Diplomacy.

Gerald M. Feierstein, a former ambassador to Yemen and the State Department’s second-ranking diplomat for Middle East policy from 2013 to 2016, said the selection showed that Mr. Trump continued to favor military officers for senior civilian positions.

“But Abizaid isn’t a bad choice and may have some influence with the Saudis,” he said. “The timing is also interesting after delaying for two years. It may indicate that the administration has finally figured out that the Kushner-M.B.S. channel isn’t sufficient for managing the relationship.”

Still, it was unclear how much leeway General Abizaid would have in managing the relationship rather than being a figurehead while Mr. Kushner and Prince Mohammed maintain their channel. “It’s a very conventional pick,” said Andrew Miller, the deputy director for policy at the Project for Middle East Democracy and a former State Department and White House official under President Barack Obama. “There’s a long history of retired military officers serving in that post.”