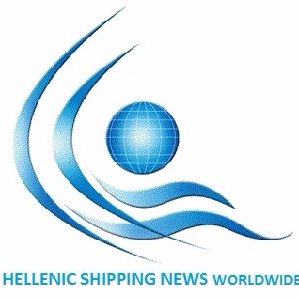 A US military plan to seek more international support to protect oil shipments through the Strait of Hormuz will be challenging, especially with President Donald Trump calling into question the US presence in the region, according to two former Navy admirals and an energy security expert.

Mark Esper, the new acting Pentagon chief, said last week he is trying to build a coalition of “like-minded countries” to protect freedom of navigation through the world’s busiest oil chokepoint. He suggested broader maritime and air surveillance and stronger naval protections such as a “picket line of ships” or military escorts of oil tankers.
Such an operation would likely require a formation of ships at each end of the strait and multiple surveillance aircraft, according to former US Navy Admiral Jonathan Greenert, who served as chief of naval operations from 2011 to 2015.

“It would be a big undertaking,” Greenert said in an interview with S&P Global Platts. “It can be done, it’s just a matter of commitment from the other nations and a commitment to the amount of time that might be necessary.”

But getting that commitment from allies may be a challenge after the Trump administration has spent the past two years criticizing long-standing alliances, launching trade disputes and reimposing sanctions on Iranian crude exports, said Dennis Blair, former US national intelligence director and a retired US Navy admiral who commanded US forces in the Pacific.

“That’s sort of the political tone-deafness that this administration seems to specialize in,” Blair said in an interview with Platts. “I think it’s going to be real hard for them to get those commitments.”

Blair said an escort campaign in the strait would be a challenge, even with full cooperation from allies and the advancements in tactical surveillance that have been developed since the tanker wars of the 1980s.

“It will get to be a very complicated situation very quickly,” he said.

In a pair of tweets on June 24, Trump questioned the US military’s role in the Strait of Hormuz, singling out China and Japan for benefiting from shipping protections for “zero compensation” while claiming the growth of US oil and gas production has lessened the need for a US presence in the shipping lane.

Countries, particularly China and India, have long depended on free passage of oil through the strait, said Richard Kauzlarich, co-director of the Center for Energy Science and Policy at George Mason University and a former US ambassador to Azerbaijan.

“They basically have been free riders now for a decade or more, as their demand for oil has gone up,” Kauzlarich said. “So it’s not unreasonable to say, ‘What are you guys going to be prepared to do to protect the flow of energy?’”

About 20.7 million b/d of oil, or about 21% of global petroleum liquids demand, flows through the Strait of Hormuz, according to the US Energy Information Administration.

Trump’s tweets came as administration officials are working to reassure allies that they were working to minimize supply risks to global supply after allowing sanctions waivers, given to some of Iran’s top oil buyers, to expire in early May.

“We’re doing everything we can to ensure you have adequate crude imports,” Secretary of State Mike Pompeo said during a speech in India last Wednesday.

State’s top official on Iran policy met Friday with the secretary general of the International Maritime Organization to discuss “the importance of safeguarding freedom of navigation and promoting maritime security,” according to a State Department statement.

Esper, the acting US defense secretary, said some countries have come to him and expressed interest in pursuing collaborative security efforts in the Persian Gulf.

“And I think over time we will develop that,” he said.

Greenert said similar international maritime security coalitions have been formed over the past two decades, including counter-terrorism task forces formed following the September 11 attacks, a counter-piracy task force, and an international mine task force formed after Iran last threatened to mine the Strait of Hormuz in late 2011.

“We’ve done this before — the commitment of nations has been out there before, but each has their particulars on what they’re willing to do in this coalition,” Greenert said.

Amy Myers Jaffe, director of the Council on Foreign Relations’ energy security and climate program, said it may be easier to build an international security coalition against Iran now than it was a decade or more ago due to the global oil and gas glut, since Asian and European companies may be less concerned about losing their energy investments in Iran due to current market conditions.

“Basically, they can look at their investments now, and say ‘Who cares?’” Jaffe said.

But both Greenert and Blair dismissed Trump’s idea that the US could lessen its maritime security role in the Middle East since it is producing record amounts of oil and importing less.

“These are countries and, in many cases allies, [moving oil through the strait] that we need to have healthy economies… so those straits are key to that,” Greenert said. “We have not tailored our commitment to the Arabian Gulf specifically in proportion to our need for oil, or our import of oil. It’s really a matter of keeping that strait open for the benefit of the global economy.”

And Kauzlarich with George Mason said it would be impossible for a country to only protect the oil it plans to import, as Trump’s tweets suggested.

“Well, that isn’t the way oil gets shipped,” he said. “It gets on tankers that have flags of places as far removed as Liberia and Malta that have nothing to do with the country receiving the energy.”

US responds to escalating tanker attacks by deploying fleet of frigates, destroyers and minesweepers